Who Ultimately Wins An Argument? 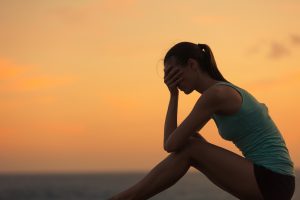 I planned my attack.

In my mind I had it all mapped out: How exactly I would respond to the person who had said something hurtful and humiliating.

I knew what I was going to say. After all, I rehearsed it in my mind for hours. No, days.

We were at a gathering where a dozen or so people were laughing, telling stories and feeling elated about the camaraderie of old friends and new.  No one else knew that what this so-called friend had said in a joke brought up old wounds in me.

The offender knew.  I’m sure of it.  Although, I don’t think that they intentionally wanted to hurt my feelings.

Regardless, the words they said cut like daggers into my soul. It felt as though Mike Tyson punched me where I had already been black and blue.

And waited…for an apology that never came.

Over the next two days, while washing dishes, working, driving, doing laundry, and walking my dogs, I carefully worded my retort. My dogs frolicked and wanted to play, but I ignored them. After all, I was angry.

I broke a glass while doing dishes, which ticked me off even more. Couldn’t the other person — and God — know how much I had been wronged?

My body was constantly tense.  When my husband asked if there was anything wrong I said that I wasn’t feeling well, which was true, but not the whole story.

My ego had been bruised and my mind and my body were suffering as a result.

After wasting several precious hours and days of my life being bitterly angry about words, I realized that I was the only one that was upset. Life went on for everyone at the party. They carried on with their days and nights as if nothing else happened, while I was waiting for an apology that never came.

The very last thing we want to do when in the midst of a storm is to ride the wave and see where it takes us.  We try to regain control of the ship and steer it into calmer water, but sometimes we just need to dive right in and allow the current to wash over us, recognizing our thoughts and feelings, knowing they will ultimately pass.

The energy we experience in good times and in bad is real and can serve as a teacher for a lesson we don’t always want to learn, but need to.  Oftentimes the current that flows through us during tribulations dredges up something in our past that resonates within our souls — something that has not been resolved.  Jealousy, anger, envy, and lust have been programmed within us based upon experiences we’ve had in years, or decades before. As a means of survival, we instinctually jump to the conclusion that the other person is wrong and we are (always) right.

I reminded myself of the saying “Do you want to be right or happy” as I breathed into the difficult decision of letting go of my wounded ego and that experience.  I gave the other person the benefit of the doubt and decided that perhaps they wanted and needed to feel buoyed by the laughter and adulation of telling a funny story, even if it was making a joke about something difficult I, and many others had experienced.  Perhaps their ego had been bruised by someone recently and their spirits needed to be lifted.

I let go of my need to confront and correct that person and instead said a prayer that we would both be at peace. Sometimes it’s the bigger thing to do, and the only thing we can do to move past that gargantuan obstacle — the one that keeps coming back in different ways to haunt and taunt us.

Life is a journey that will continually challenge us to grow and change, although, at times, we resist.  By being conscious to the trials as much as the rewards, we can experience grace and peace.  The psychological pain we endure can be as painful as a sucker punch from a heavy weight boxer, but if we let this energy pass through us, we can find blessings amidst the hardships.

Download a copy of her latest book, “4 Minutes a Day, Rock ’n Roll Your Way to Happy” on Amazon.com.