Sometimes we all need a little help 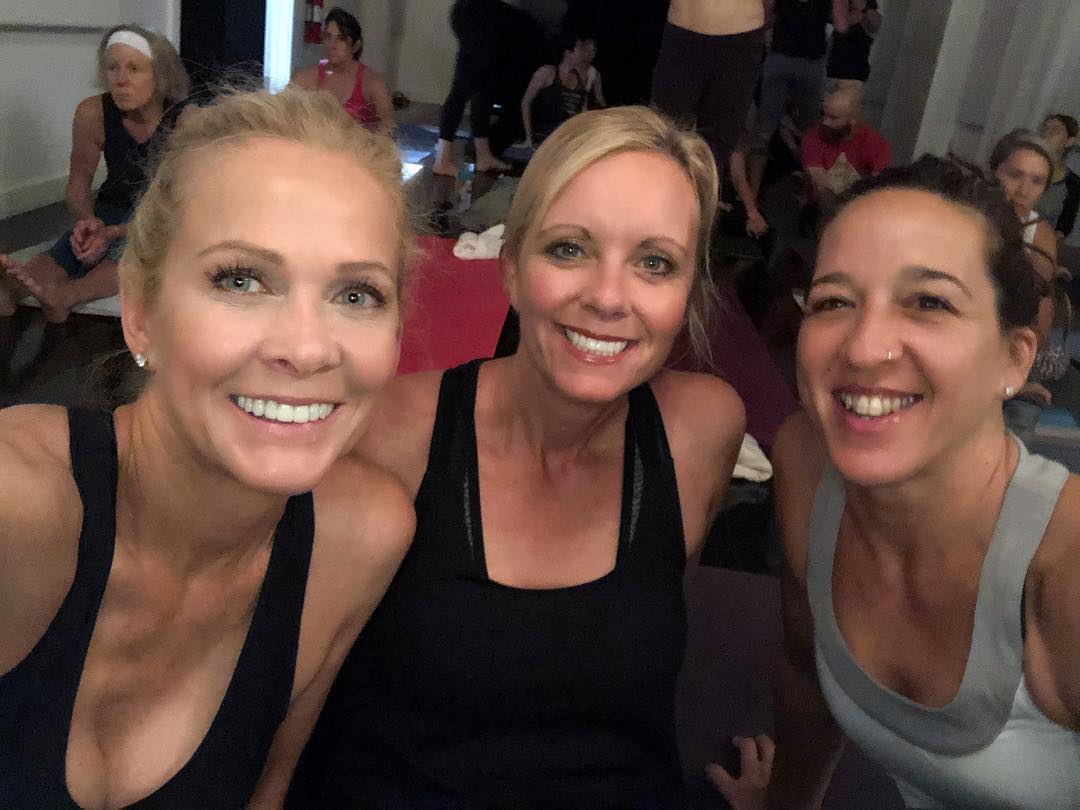 Here I was, sweaty, spent and totally exhausted from 55 minutes of a hot yoga class with temps @ 100 degrees. Not just any yoga class, either. It was high intensity and continuous movement. At the end of the class – just when I thought the tough part was over, instructor Michael Schaeffer challenged us to get into camel pose. For non-yogis, just know, it sucks. Then instructor Kiersten Mooney suggested we go from camel pose into a full backbend (wheel). Say what?

She demonstrated flawlessly, but most of the class just sighed because we knew that sort of move was way too advanced.
I had the audacity to say “There’s no way I can do that,” just as Michael walked by me. In front of the whole class, he said, “What?! You’re Shemane Nugent! You’re tough as nails!”
it. Now I had to at least try.
… to go from camel pose to wheel, there is a blind spot. You trust that when you arch your back even further and reach your your head, (toward the floor) somehow you’ll land in a perfect .

hmm. Thankfully Kiersten appeared at the right time and helped me so I wouldn’t fall flat on my head. “I got you,” she said.
.
And I did it!
.
Sometimes we all need a little help. A little nudge, and a push to get us going in the right direction.