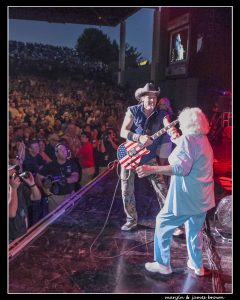 Today my grandmother, Ruth Cowan would have turned 100 years old. Gram, as so many of us lovingly caller her, was truly one of a kind: an electric and buoyant woman who looked into your eyes, into your soul, upon meeting.  Some of my most cherished memories are from our late night conversations. We played cards and talked, ate large bowls of Breyers Mint Chocolate Chip ice cream and she would listen – really listen.

She was the first person I wanted to talk to when I endured seemingly insurmountable obstacles. I couldn’t wait to hear her advice for my most devastating tribulation – when my husband had an affair and a child with another woman. Her answer, however, was unexpected.

We were at a restaurant and she took her time, chewing her food slowly.

Sixty seconds is a long time to wait when you are eager for an answer, advice.

I waited.  And waited.

And then she finally blurted out, “I’d get a boyfriend!”  And as a second thought she added, “…and a yacht!”

It was hard to be in a sour mood around Gram even in the darkest moments.  She had a way of livening up the room, and the world.  She made it a better place while she was here.  Indeed.

Like most people from the Greatest Generation who endured real hardships like the Great Depression and World War II, she had a moral compass that was always pointed in the right direction.  As a young mother who lost her husband to cancer, she worked two jobs and struggled to make ends meet for her three children.  There were hard times in her life, yet I never saw her without a smile.

One of the things that inspired me most about my grandmother was her ability to live life to the fullest. She entertained at night clubs until she was more than 90 years old, belting out cover songs of the forties, fifties and sixties and playing the piano – although she never learned to read music.

The highlight of every family gathering was watching her play Mama Goes Where Papa Goes, with all of her children and grandchildren singing along. She had a powerful, soulful and authoritative voice that didn’t need a microphone. https://www.youtube.com/watch?feature=youtu.be&v=v4Q8w_nHDYg&app=desktop

My grandmother taught me to live life to the fullest and dance if no one was watching. At 92 years old, she joined Ted on stage at one of his rock ‘n’ roll concerts. In front of twenty thousand hard-core rock ’n roll fans,  Gram strutted across the stage as if she owned it. She did.

On my desk is a photograph of her laughing.  Whenever I have one of those moments when I’m sad or frustrated, I look at that picture and ask myself, “What would Gram do?”  I hope I make the best of every second in my life and make as many people smile as she did.