Dinner with the President 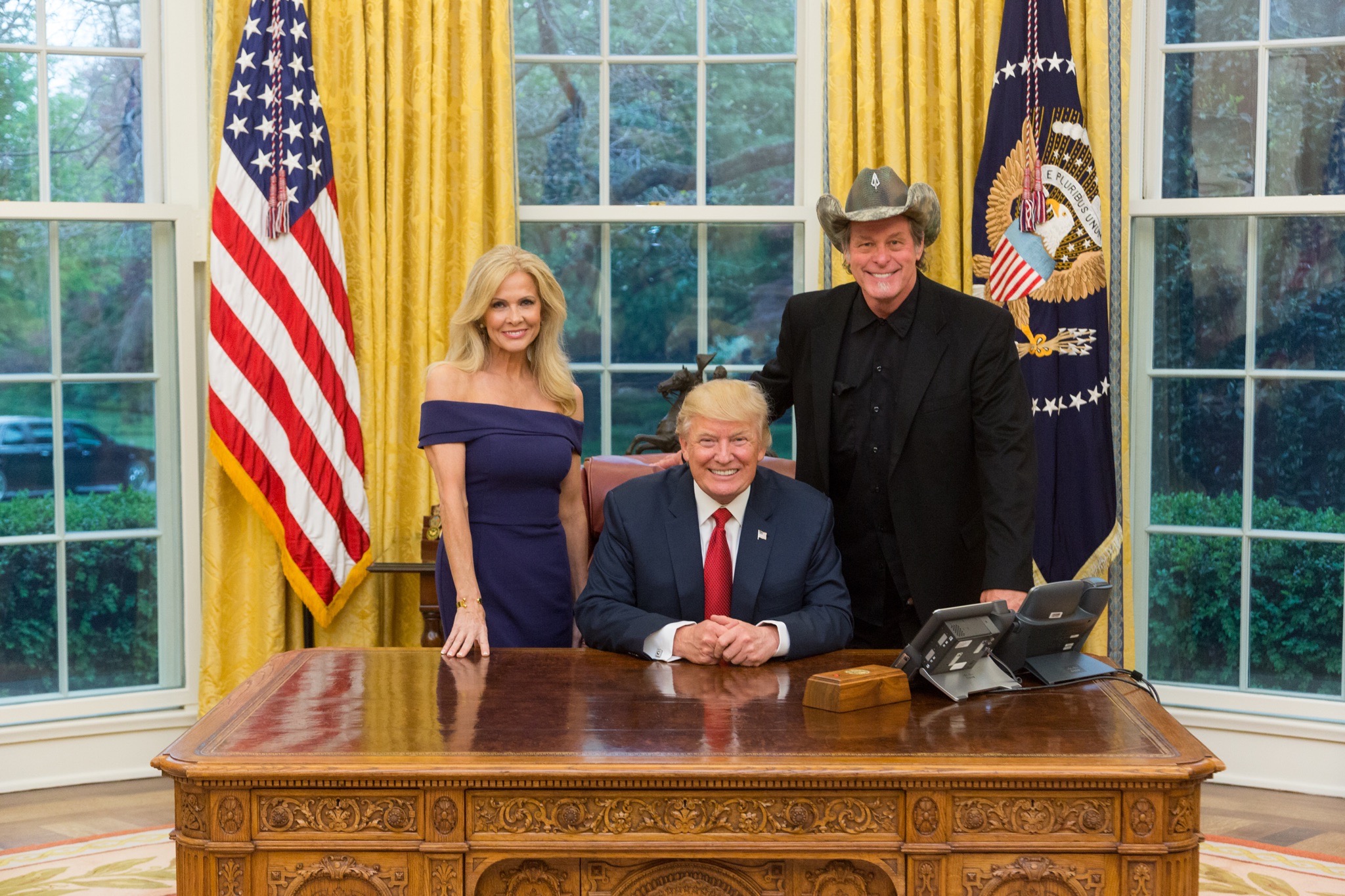 President Trump walked into the Oval Office and we all held our breath. It’s not every day that you get to spend the evening with the president of the United States. With the Secret Service flanking him, our Commander-In-Chief showed off his dazzling smile and did something none of us expected.

He picked up a guitar and started strumming. 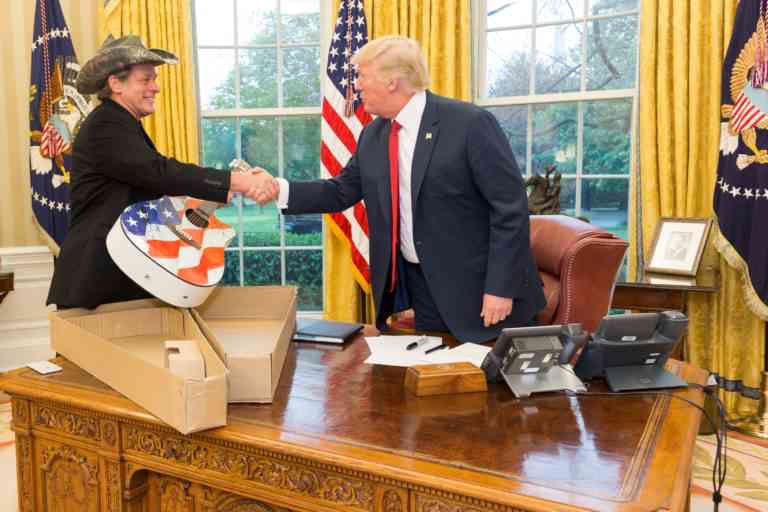 The president of rock ‘n roll presents a guitar to the President of the United States. Official White House Photo By Shealah Craighead

My husband, Ted Nugent, and I, were invited by Governor Sarah Palin, along with Kid Rock, his fiancé Audrey, and several of Governor Palin’s friends, including daughter Willow, to have dinner with President Trump. 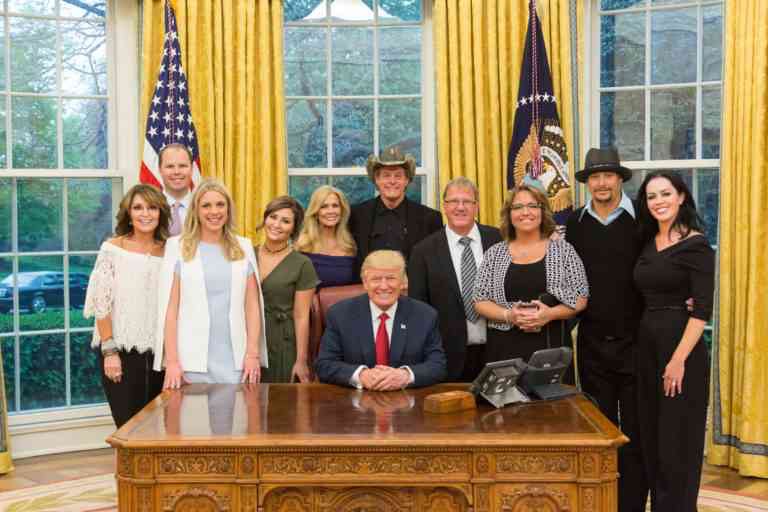 It was truly a monumental moment. President Trump was beyond gracious, giving us a detailed tour of White House grounds, the Oval Office, and even the Lincoln bedroom. 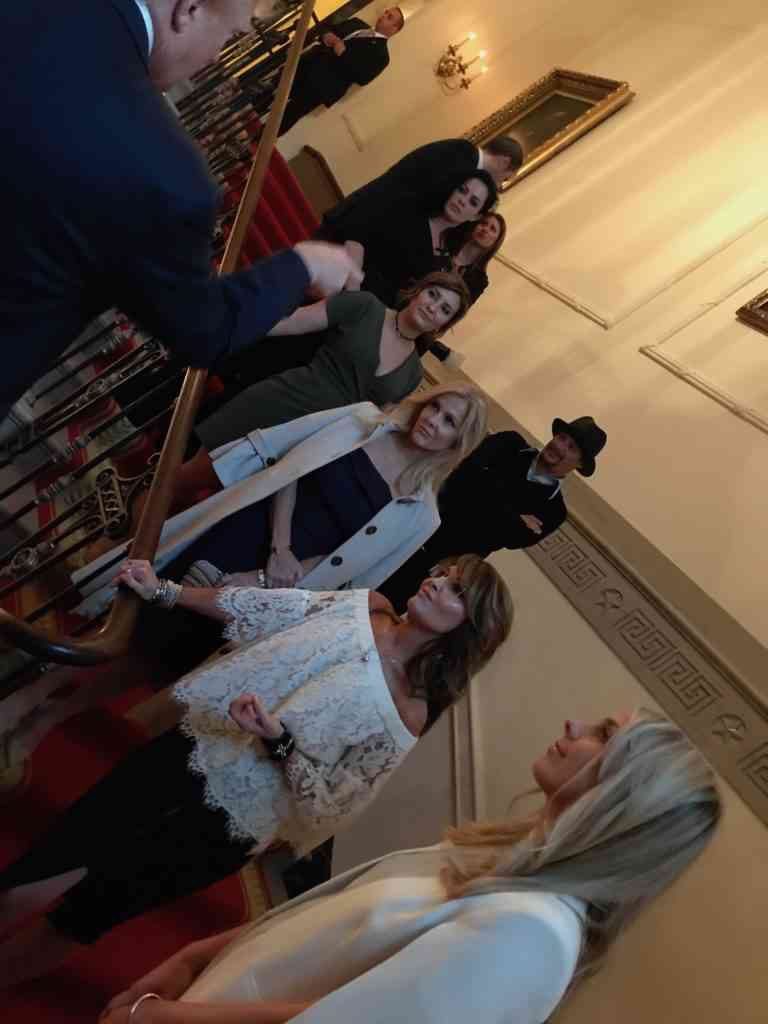 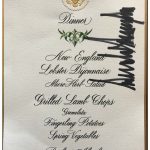 The dinner was spectacular with lobster salad, lamb, roasted vegetables and Baked Alaska, in honor of Alaska’s former governor Sarah Palin.  President Trump even signed Ted’s menu to auction and raise money for the Boys & Girls Club of Waco tonight!

President Trump told us he was grateful for what people like Sarah and Ted did for him when he was campaigning and simply wanted to show his appreciation by inviting Sarah and her friends.

The conversation was intense and lively, but when my husband started tapping the plate with his fork like he does at home when he really, really likes the food, I gave him one of those don’t you dare looks, and he quickly stopped.

We capped off the night with a tour of the Press Room by Sean Spicer.

We topped it off with a nightcap at the Hotel George, in Georgetown. 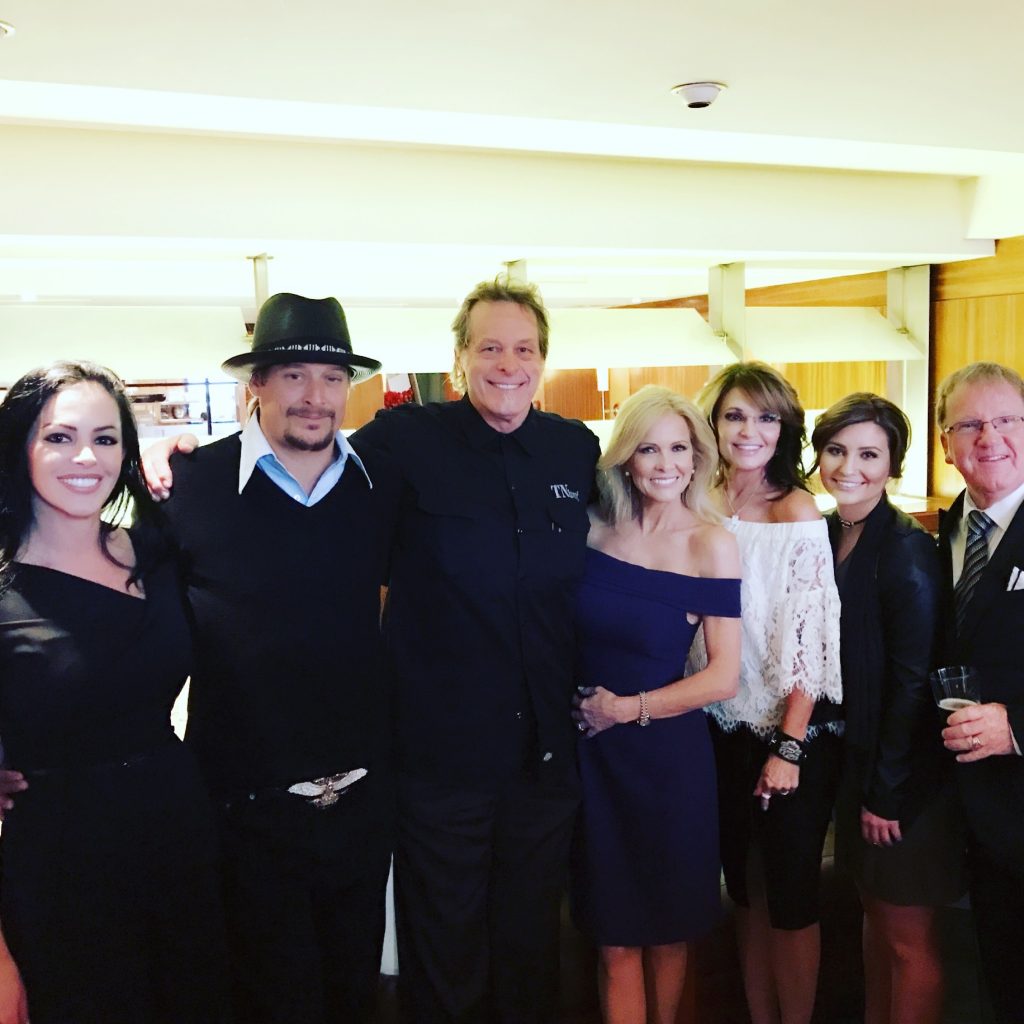