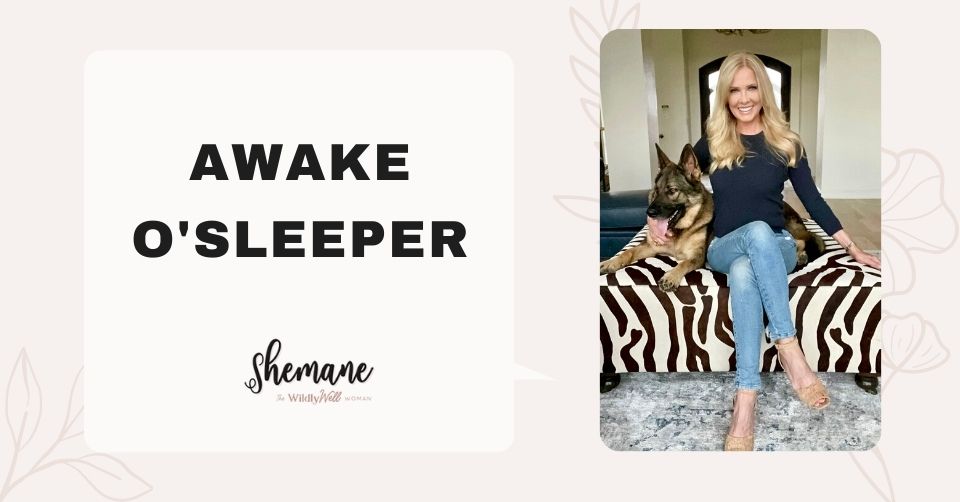 The other day I was sitting on my porch, overlooking one hundred acres of a cedar tree-lined hayfield where Whitetail deer, fallow deer, scimitar-horned oryx, black buck antelope, and aoudad graze on our small Texas ranch.  In the pale blue sky, the sun was high and bright. No clouds or Chem trails in sight. It was one of those moments when I thought, this is amazing. God is good.

I’m healthy and safe. My family’s healthy and safe. My dogs, Sadie, Coco, and Happy are at my feet, contently watching the wildlife feed in the field. Beyond this picturesque setting, however, there’s a storm brewing – one that isn’t visible to the naked or untrained eye.

Some people are so consumed and distracted with daily activities that they don’t see the beauty or the beast.  They don’t see God’s artistry, nor are they aware of the storm that’s coming.  Perhaps they’ve been misguided or misled. Either way, they don’t have eyes to see or ears to hear the impending doom that was predicted thousands of years ago.

There is a war going on right now and I’m not talking about Ukraine. The Bible tells us there is a war of good versus evil.

Recently I was talking with a young, millennial friend – let’s call her Terri – who had been raised in a democratic home. Her parents despised President Trump and wanted Hillary Clinton to be elected leader of these great United States. Terri, who is in her mid-twenties, recently started scrolling through patriotic posts on Instagram, and had questions. Did Hillary Clinton really spy on President Trump? What’s on Hunter Biden’s laptop that people are so upset about?  Is pedophilia really prominent?

I had answers, but more importantly, questions for her.  I asked if her parents ever discussed Hillary’s qualifications or why they thought she would make a good president.

“No,” Terri replied. “It was just because Hillary’s a woman, I think.” Terri had become more comfortable and honest about this discussion, and I inquired about her parents’ reasoning for hating Donald Trump. Her shoulders shrugged and a bewildered look came across her face.  “No reason, really. Just that he seemed arrogant.”

For the next thirty minutes Terri and I had a calm discussion about politics and I explained a few of President Trump’s accomplishments.  While he is not perfect and made some mistakes, the forty-fifth president of the United States brought peace to the Middle East initiating the Abraham Accord Peace Agreement. He boosted America’s energy independence and began building a wall to prevent illegal immigrants from coming across our southern border.  President Trump proposed a five-hundred billion-dollar Platinum Plan aiding African Americans.  Donald Trump was the first president to enter North Korea’s dangerous Demilitarized Zone alongside North Korea’s Kim Jong Un.

Rather than criticizing President Biden and the travesties he’s had during his first year as president, I chose to allow Terri to consider the information I presented.  Her eyebrows furrowed slightly, revealing that she was digesting a completely different scenario than one she had been told.  I could have recounted the fact that Joe Biden left American citizens, interpreters and allies behind in Afghanistan, along with eighty billion dollars worth of military equipment.  Or that  since Joe Biden became president, millions of people have invaded our country who are unvaccinated and unvetted – many of whom are on the terrorist watch list, involved in gangs, drugs and human trafficking.

On his first day as president, Biden cancelled the Keystone XL Pipeline, eliminating more than ten thousand jobs, billions of dollars in wages and revenues for the surrounding communities. He flagrantly discarded America’s energy independence under the Trump administration that would have brought hundreds of thousands of barrels of oil into America daily. I could have asked Terri how she or her parents would have felt if there was even a hint of a rumor one of the Trump children had received millions of dollars from a Russian oligarch, or there was a sex tape of them smoking crack with a hooker.  Instead I encouraged her to do her own research.

As the Bible predicts, these are truly confusing and harrowing times.  What was once right is now wrong.  It is A – ok for genetic males to compete in women’s sports, or to spend the night in a dorm with your fifth grade daughter at a school sanctioned science camp sleepover.

But mark this: There will be terrible times in the last days. People will be lovers of themselves, lovers of money, boastful, proud, abusive, disobedient to their parents, ungrateful, unholy, without love, unforgiving, slanderous, without self-control, brutal, not lovers of the good, treacherous, rash, conceited, lovers of pleasure rather than lovers of God having a form of godliness but denying its power. Have nothing to do with such people. 2 Timothy 3:1-5 NIV

Gas prices are gouging our wallets. Crime is on the rise.
A pastor in Canada was arrested for praying with truckers. Mainstream media showed live video footage of rioters destroying property and burning buildings calling it a “mostly peaceful protest.” On the January 6th event, United States citizens were welcomed into the capitol by uniformed police officers, and later thrown in jail. No wonder Terri is confused.

This is war. It’s a spiritual war of good versus evil. We have the opportunity and the obligation to awaken others.  Not everyone has eyes to see what’s really happening in this world, or in the heavenly realms.  In Ephesians 5:14, the Apostle Paul wrote, “Awake, you who sleep, arise from the dead, and Christ will give you light” (NKJV).

The cedar trees are now waving in the increasing wind.  Within a short time, the sky has become dark and gloomy. A storm is approaching.  The wildlife that was once grazing on the prairie behind my house are long gone.  My dogs have grown restless – as if they have something to say.  Animals can often sense an increase in barometric pressure. Sadie nudges my leg and whines.  Awake, o’sleeper.  Awake.