38 – Creating the Sundance of the Faith and Family Space with Dr. Tyrha Lindsey-Warren 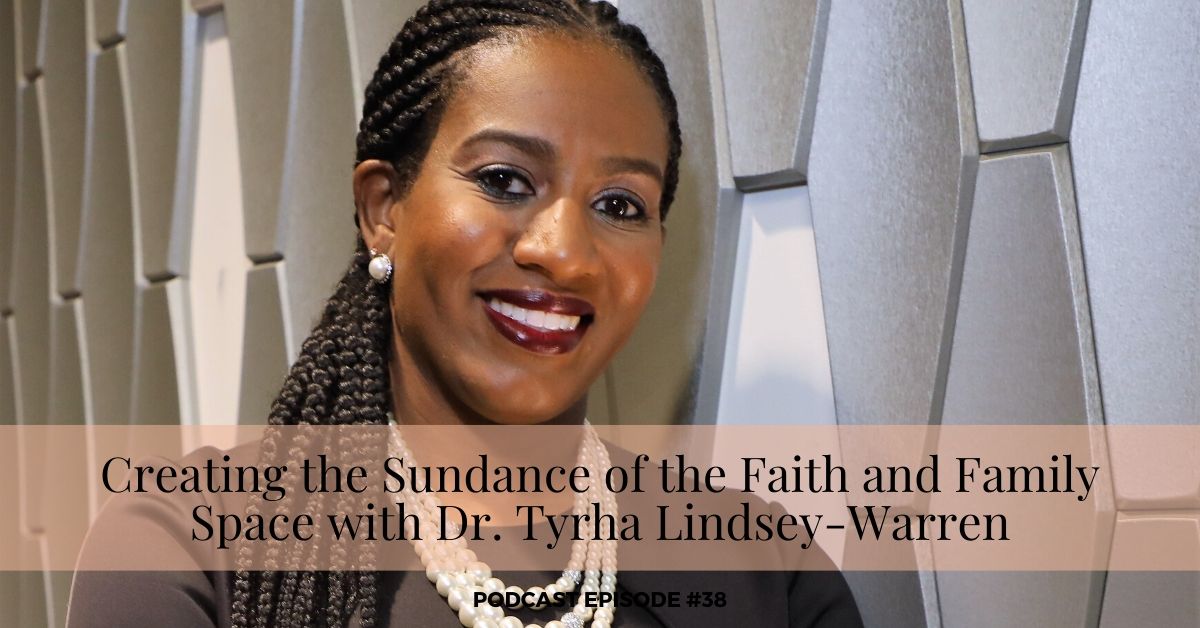 Dr. Tyrha Lindsey-Warren has spent her entire life preparing for and shaping the television and film industry. From an early age, she knew she wanted to be involved in the arts, so her parents put her in a prestigious arts school from fourth through twelfth grade.

It wasn’t until she was graduating and had been accepted to Northwestern University that she considered any other path beyond the stage. After seeing the Ebony/Jet Showcase, she realized there were more impactful roles to be had behind the camera. She went on to receive her B.A. in Radio, Television, and Film, her MBA in Marketing, and her Ph.D. in Marketing and International Business. During this time she traveled the country serving in various roles with a number of highly acclaimed media outlets.

She is now teaching students at Baylor University and putting together an international film festival to be held in Waco, Texas. Her goal has always been to highlight the need for diversity in the media and film industry and this film festival will certainly do just that. The films are faith-based films and at least half were filmed and produced by women.

Listen in to hear more about Dr. Tyrha’s extensive background in television and film and what spurred her to create the festival in Waco. She’s driven and extremely passionate about this project. The dedication she has shown to impacting the media is evident in the deep emotions that flow throughout this interview. You won’t want to miss it.

“I happened to see a program call the Ebony/Jet Showcase, that at that particular time, highlighted the number of African Americans in TV and film BEHIND the camera. That’s when I first got introduced to this role of a producer.” Dr. Tyrha Lindsey-Warren

“We are dedicated to empowering the creative spirit, serving with heart, and celebrating all.” – Dr. Tyrha Lindsey-Warren

“We are bringing Hollywood to Waco!” Dr. Tyrha Lindsey-Warren