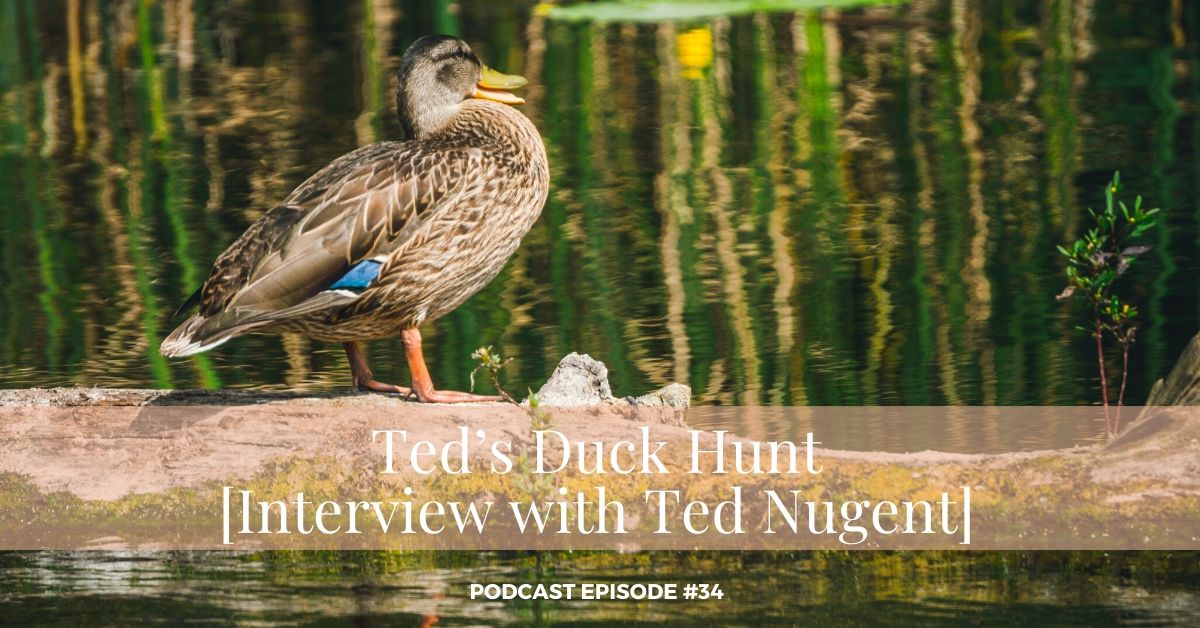 Ted is not as young as he used to be. Young in spirit, young at heart, but young in body no more. He recently told a friend that he does everything today that he used to do in his 20s. Then he came in from a short duck hunting trip absolutely exhausted and realized he might be kidding himself.

Ted has been hunting, fishing, trapping, and educating others on resource stewardship and conservation since he was a young man. He shares a story from when he was in his 20s and had a chance opportunity to shoot some really large ducks. He was driving down the road, dogs in the truck, and saw some ducks sitting on a pond.

He parks the truck, gets out and proceeds to shoot two big, 8-lb ducks. When he gets over to the pond, the ducks are floating out in the water. He motions for his dogs to go and get the ducks… and they sit there… staring at him. Rather than let the ducks go to waste, he strips down and starts swimming out to them. Now, the pond is freezing. It’s likely below 30 degrees outside at this point, but he manages to retrieve the ducks, gets everyone loaded up, and heads on his merry way.

Fast-forward to today and he realizes, he is not willing to do all of the things that he did when he was in his 20s. Listen in as Ted describes his old bronco, how he does duck hunting these days, and why conservation and resource stewardship are so important to him.